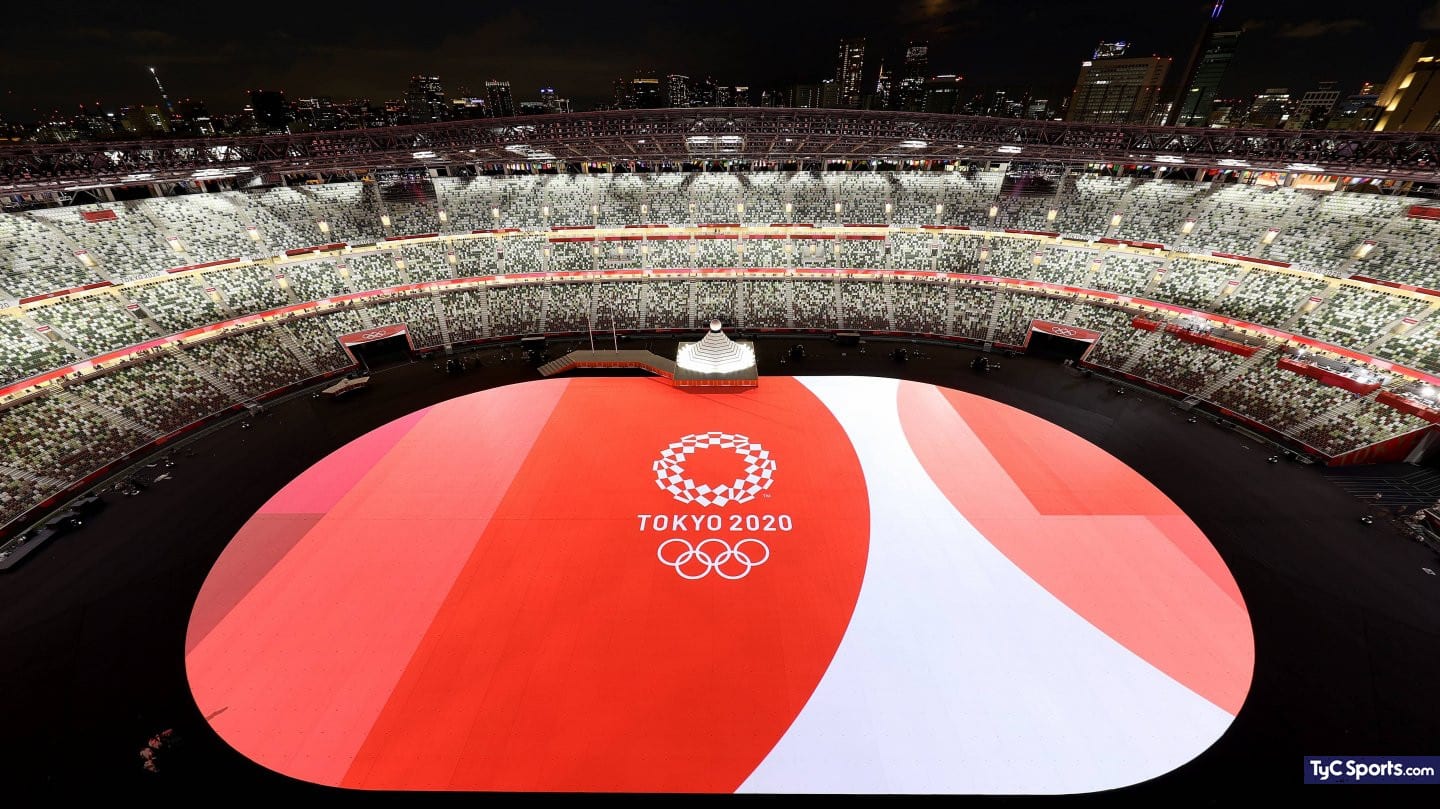 The show will formally raise the curtain of the competition: it will be this July 23, at the Olympic Stadium, from 8 am (Argentina time).

The day has come! The Tokyo 2020 Olympic Games are formally launched at the opening ceremony, which will take place at the city’s Olympic Stadium from 8 am (Argentina time). The show will be marked by strict health security measures for the coronavirus pandemic. Here is everything you need to know.

The opening ceremony of the world’s top sport event is already underway and you can experience it live on TyC Sports.

So awaits the Olympic Stadium

Everything is ready in Tokyo to start the opening ceremony of the 2020 Olympic Games.

The Argentine delegation is already at the Tokyo Olympic Stadium

The Argentine Olympic Committee has posted on Twitter photos of Albiceleste athletes prepared for the grand opening ceremony of the Tokyo 2020 Olympic Games.

For the first time at the Olympics there will be two flags for each delegation: a man and a woman. The initiative was promoted by the IOC, which seeks to guarantee gender equality in competition.

Lange and Cecilia Carranza, holders of the Argentine flag at the Tokyo 2020 Olympic Games

Cecilia Carranza and Santiago Lange, sailing champions at the Rio 2016 Olympic Games, will be the standards for the Argentine delegation at the Tokyo 2020 opening ceremony.

Considered to be the parent of the competition, Greece is the first country to parade at the opening ceremony of the Olympic Games, a tradition that began in Amsterdam in 1928. Japan, host, will be the last. The rest of the countries will shoot in order according to the Japanese language and are also mentioned in English and French. Argentina will move up to ninth place.

The opening ceremony of Tokyo 2020, with a privileged few in the stands

Despite the fact that in recent months the chance of a public (both abroad and at home) has been analyzed, in the end there will be few spectators at the Olympic Stadium, among the restrictions due to the pandemic of -coronavirus. The International Olympic Committee has convened VIP guests: there will be a privileged thousand, in a field with a capacity for 68 thousand spectators.

At the same time, The parade is expected to be cut short: they seek to avoid the Covid-19 contagion. In addition, it will be centered on the idea of ​​new hope and encouragement for people around the world. While the common concept of all opening and closing ceremonies was “Go ahead”, this time it would be “United by Emotion” (Combined with emotion).

The Organizing Committee announced Thursday that director, Kentaro Kobayashi, was removed from his position less than 24 hours after the event was launched. According to what was reported, the reason that led to his dismissal was a comment jokes about the Holocaust that aired in 1998 during a television comedy (The phrase used would have been “Let’s play the Holocaust”). The video sadly speaks to that fact, went viral, caused endless criticism and forced the organizers to take such action.

The show that will officially start the Olympic event will be broadcast on TyC Sports. In addition, you will be able to follow all the details on the website www.tycsports.com.

The opening ceremony of the Olympic Games can also be viewed from a PC or any mobile device via TyC Sports Play. For that, you have to access play.tycsports.com and, in this way, you can live the game LIVE. If you don’t already have one, you should register for free in simple steps and then set up your cable operator’s account. Very easy!