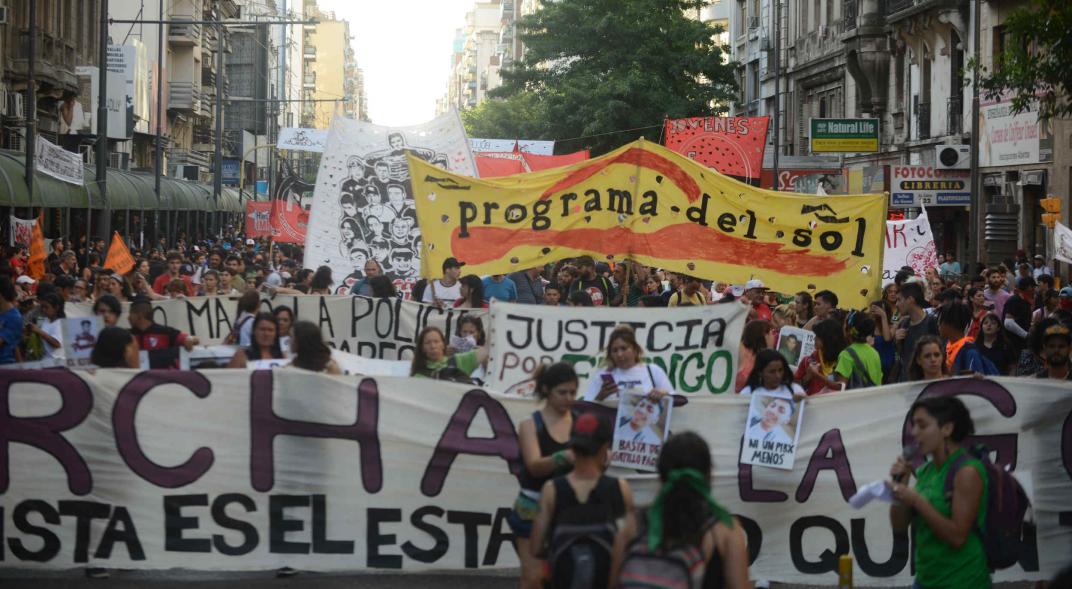 Yesterday collected yesterday after 17, at the intersection of Colon passages and General Paz to participate in the 12 & # 39; March Head (MDLG) meeting & # 39; the Youth Collective and several groups & # 39; human rights, social, trade union and political. With the slogan "Terrorist is the state, not next to you", they called the stop & # 39; 'repressive policies and police persecution of kids in the neighborhood ", besides rejected easy and denounce trigger is "state policy".

Collective Customer & # 39; "It has been 12" gave the signal the beginning and head of mobilization began moves between ringing & # 39; Murga, artistic interventions, colored flares and traditional stickers with young crops under denunciation organizations – were killed by the police.

"Here we are again occupying the road, give our history and we & # 39; forward together with our struggles. Again & # 39 others; tempt a powerful way: the issue is collective," said -organizzaturi during the march.

It was the first time the March of-the Cap made in the most important cities of the country simultaneously. The mobilization had its replica in & # 39; Rosario, La Plata, Del Mar Plata, Tandil and the Autonomous City & # 39; Buenos Aires.

F & # 39; Córdoba, in addition to the rapporteurs of the Youth Collective, spoke to members of the coordinator of the relatives of the victims activated easily and Viviana Alegre, mother & # 39; Facundo Rivera Alegre. There was also Monica Alegre, mother & # 39; Young Buenos Aires Arruga Luciano, who for five years was missing and was found dead, in & # 39; & # emblematic case linked to 39; allegations & # 39; abuse by police.

"We continue to welcome children, for their rights. They are victims & # 39; harsh repression throughout the country", said Viviana La VOZ Alegre. The mobilization ended with & # 39; multitudinuż unified document that contains a purchase and, later, had a different musical bands.

In deconcentration, two people were arrested. Group & # 39; leaders ran their release at the close of & # 39; this edition.