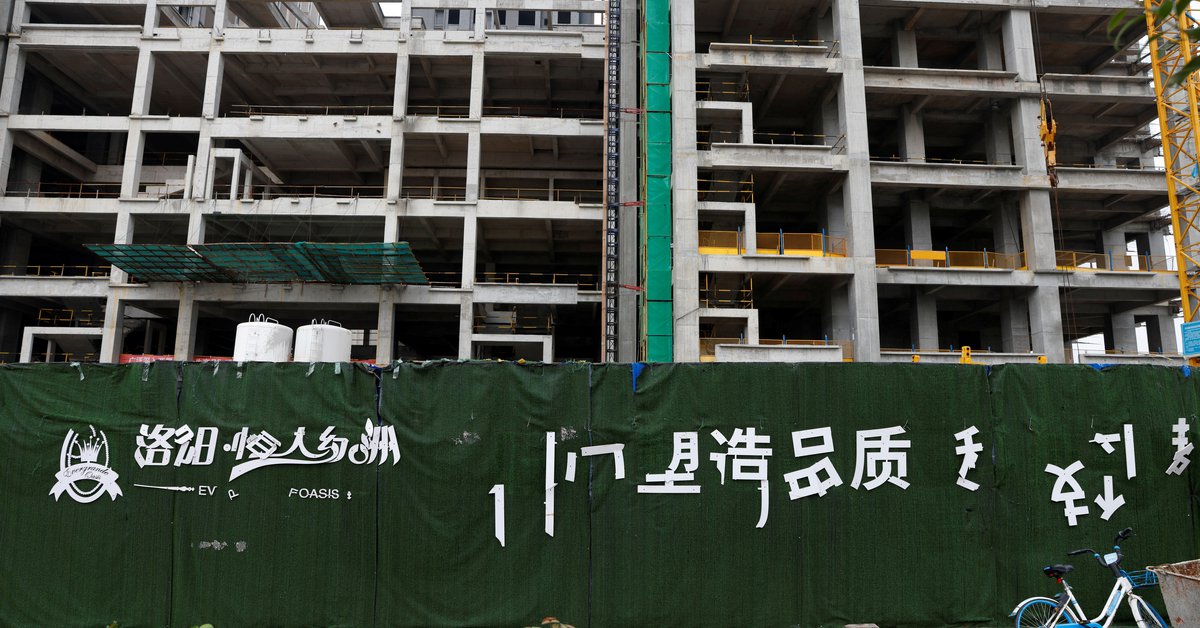 The possible collapse of Evergrande, one of the largest real estate developers in China, and the problems of other firms facing impending debt maturities seem to mark the end of one of the biggest real estate booms in history while raising concerns about risks of contagion in the second largest economy in the world.

The bill facing Chinese developers is shocking: more than $ 5 trillion in debt assumed when times were right, according to economists from Nomura Holdings cited by the Wall Street Journal.

That debt is almost double what it was at the end of 2016 and more than all of Japan’s economic output., the third largest economy in the world, last year.

A) Yes, global markets are preparing for a potential wave of defaults, with debt warning signs of approx two-fifths of Chinese development companies who has to pay the bonds of international investors.

A sign of market turmoil was the decline in Chinese real estate trust products, which fell more than 40% in September from the previous month, reported on Monday the official newspaper Shanghai Securities Newsas Evergrande’s unrest continued to dampen investors ’appetite for the sector.

A man drives a bicycle behind a construction site near a residential building in Beijing, China, on January 13, 2021. (REUTERS / Tingshu Wang)

The recently launched real estate trust products have been raised 16.2 billion yuan ($ 2.5 billion) from investors in September, down 44.8% from the previous monthsaid the newspaper, citing data from investment consultancy Usetrust. This followed a decrease of 24% in August and a decrease of 25% in July.

Evergrande’s financial problems deepened in SeptemberAs the developer, struggling with a debt of more than $ 300 billion, fell behind on payments on wealth management products, commercial invoices, and dollar bonds.

Chinese developers are already struggling amid restrictions on government lending and the rising cost of issuing bonds. A rapidly contracting market for real estate trust products could further tighten funding channels in a sector that is experiencing a decline in home sales.

Conversely, trust products that surround money in the capital markets have seen an increase in popularity and fundraising said Shanghai Securities News.

On Friday, the Shanghai Stock Exchange suspended trading on two of the developer’s bond issues. Fantasy, after the group failed to meet the $ 206 million debt settlement deadline and fell more than 50%.

“The possible lack of transparency and clarity is leaving investors more nervous and making it very difficult for people to want to refinance any past due debt in that particular sector.”, said to Reuters Cliff Corso, investment director of Asset Management Advisors.

Silence from the authorities

Chinese regulators do not No comment specifically on Evergrande during the last week of vacation in China.

Evergrande also remained silent on dollar debt payments. Prioritizing creditors in the country has led offshore investors to question whether they will face large losses. at the end of the 30-day grace periods for last month’s maturities.

Something that could be the prelude to larger-scale shortcomings.

“Market participants are wondering if this could be the case a precursor to voluntary defaults by other developers with strong short-term liquidity positions, but large unsustainable long-term debt “said Chang Wei Liang, credit and currency strategist at DBS Bank, in a note.

Towards a change in business model

Anyway, economists say so most of the Chinese developers remain relatively strong.

The consensus is that Beijing has the firepower and tight control of the financial system needed to avoid the so-called “Lehman Moment”, in reference to the bankruptcy of the US bank which turned into a global financial crisis in 2008.

But many economists, investors and analysts agree that even for strong companies, the business model of Chinese developers is likely to change, based on debt taking to finance new buildings despite increasingly unfavorable demographics for new homes. Some developers may not live in transition, according to several economists cited by Wall Street Journal.

A man walks his dog in front of a newly built apartment block and a coal-fired power plant in Harbin, China’s Heilongjiang province, on November 26, 2019. (REUTERS / Jason Lee)

Many Chinese real estate developers rely heavily on “pre-sale”, in which buyers pay in advance for apartments that are not yet ready. The practice makes it easy for developers to expand and the availability of their credit, but potentially leaves buyers without ready apartments in case the developers go bankrupt. The current crisis means that it may be coming to an end.

According to China’s National Bureau of Statistics, pre-sales and similar agreements were the sector’s largest source of funding this year through August.

While Beijing has avoided clear public statements about its plans to deal with most debt developers, many economists believe that leaders have no choice but to keep up the pressure on them.

Authorities seem determined to renew a debt-driven model and speculation as part of the Internet President Xi Jinping’s wider efforts to reduce crisis that could destabilize society in the face of major Communist Party meetings next year, in which the president is expected to extend his government for a third term.

A photo on Saturday of Chinese President Xi Jinping speaking at the celebration of the 110th anniversary of the Xinhai Revolution at the Great Hall of the People in Beijing. (REUTERS / Carlos Garcia Rawlins)

Beijing is concerned that after years of rapid rises in house prices, some people will not be able to afford housing, which could spur social unrest as inequality increases. The average apartment in Beijing or Shenzhen is now worth more than 40 times the average annual disposable income of the family, according to JP Morgan Asset Management.

Authorities said they were concerned that the real estate market poses risks to the financial system. However, it is almost certain that curbing developers’ business models and limiting debt will reduce investment and cause at least some recession in the real estate market, which is one of the main growth drivers of China.