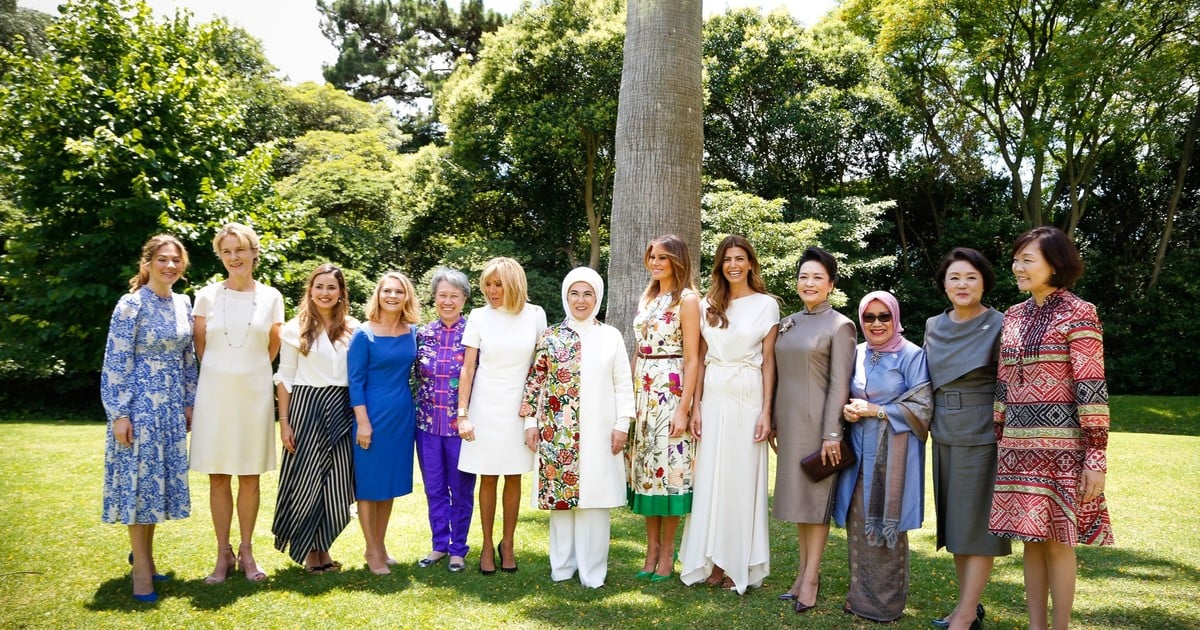 It was a duel of & # 39; styles, each has put his personal stamp. Also cultural exchange, with typical clothes from each & # 39; origin. They had & # 39; daily meetings, as lunch at & # 39; Villa Ocampo and days in the Costa Salguero Center. Also night event, a shocking display, in the gala of the Teatro Colón. In all instances, there was a common point in common: the women & # 39; the G20 summit they did not go unnoticed. These are the looks that wore out their public appearances.

Awada with & # 39; Queen Maxima of the Netherlands, at the Cultural Center Kirchner (AFP)

In Olivos residence, the Prime Minister of Canada, Justin Trudeau, and his wife (Presidency)

Maxima Zorreguieta, the queen & # 39; the Netherlands

Queen Maxima of & # 39; the Netherlands and Juliana Awada in CCK.

When you arrive at the Costa Salguero Center, Friday.

Barbara Diez (left) at Memory Park with & # 39; MACRON Emmanuel and his wife.

At the Teatro Colón, with her husband and the presidential marriage (Prensa G20).

At the Teatro Colón, with her husband, and MACRI Awada (Reuters).

The MACRON, upon arrival at the Teatro Colón (EFE).

F & # 39; China Ocampo. The same image has led to a meeting with reporters in Canada Consulate (EFE).

The arrival in the Colón theater (Captura TV)

With her husband and MACRI in the Teatro Colón (AFP).

Arriving at Ezeiza with her husband (AFP)

Light and Color, in the Teatro Colón (EFE).

The arrival at the Teatro Colón.

Angela Merkel at the Teatro Colón, which came directly after the flight & # 39; incident (EFE).

With the Prime Minister of India, Saturday, the last day of the summit (AFP).

Theresa May, the UK Prime Minister

Theresa May in the Teatro Colón.

With Trudeau on Saturday, the last day of the summit (AP).

During the dinner of the G20 Finance Ministers on Thursday, the eve of the start of the summit (EFE)

Christine Lagarde at the Teatro Colón, with & # 39; Rodríguez Larreta and his wife. (Figure G20).

On Saturday, the last day of the summit (EFE).

Malgorzata Tusk, wife of the President of the European Council

María Gabriela Sigala, wife of the President of the IDB