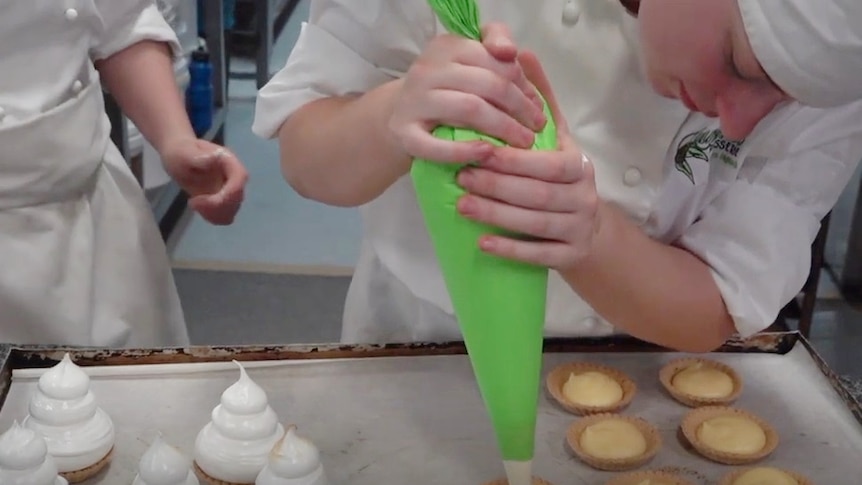 The country’s patisserie which designed some of its own equipment, produces almost zero waste, and invests heavily in apprentices won the President’s Medal at the Sydney Royal Easter Show.

Owner Tracy Nickl is proud of his company’s victory.

“Here we make classic pastries, the best you’ve ever tried,” he said.

The medal is regarded as Australia’s leading food award due to the rigor of the judging process and the spread of entries across Australia.

Sustainability is a key criterion

Judge Michael Bullen said Gumnut were judged to be the best tasting product in their category but also do an incredible job in producing a sustainable product by reducing waste to just one percent using green energy, use specialized equipment, and seek solutions to waste problems.

“They focused on how they can mix a lot with much less waste and on where they pass their raw materials and how they can minimize that use in time,” Mr Bullen said.

He said the company had developed their own water recycling system for some equipment designed in Europe that it did not have, bought new furnaces that use only a third of the energy, and installed a 50-meter solar power system kilowatts for renewable energy.

The judge said they also invest a lot of time in training apprentices.

“Their wall of champion apprentices really underpins their commitment to supporting their employees and growing the business … across Australia,” he said.

Two seafood companies made the list of five finalists, including Gold Coast Marine Aquaculture and Yumbah Aquaculture in Portland, Victoria.

Aquaculture has grown rapidly in Australia as wild fishing is globally under threat, but there are also significant issues with land-based fishing as well.

Yumbah grows green abalone in beds using seawater which is then filtered and pumped back into the ocean.

“Their commitment is ensuring that the water coming back out is almost as clean as when it came in,” Mr Bullen said.

Two factories are also on the list of finalists, and both are working hard to reduce the amount of water they use.

It takes an average of three liters of water to make a liter of wine, but Shottesbrooke Chardonnay in the Adelaide Hills has reduced that to just 1.5 liters.

Get the latest rural news

Mr Bullen said they had built a special wine recycling system and used the water to grow the trees after the water had been cleaned.

“They actually had wood scattered along the basement door pumping residual water on them to improve the wildlife corridors on the vineyard,” he said.

Timely watering at the Heathcote winery near Bendigo, Victoria, saw them reach the final, allowing them to maintain production during the drought.

The finalist pate of Julianne’s Kitchen from Hornsby in Sydney has been recognized for their employment of local staff.