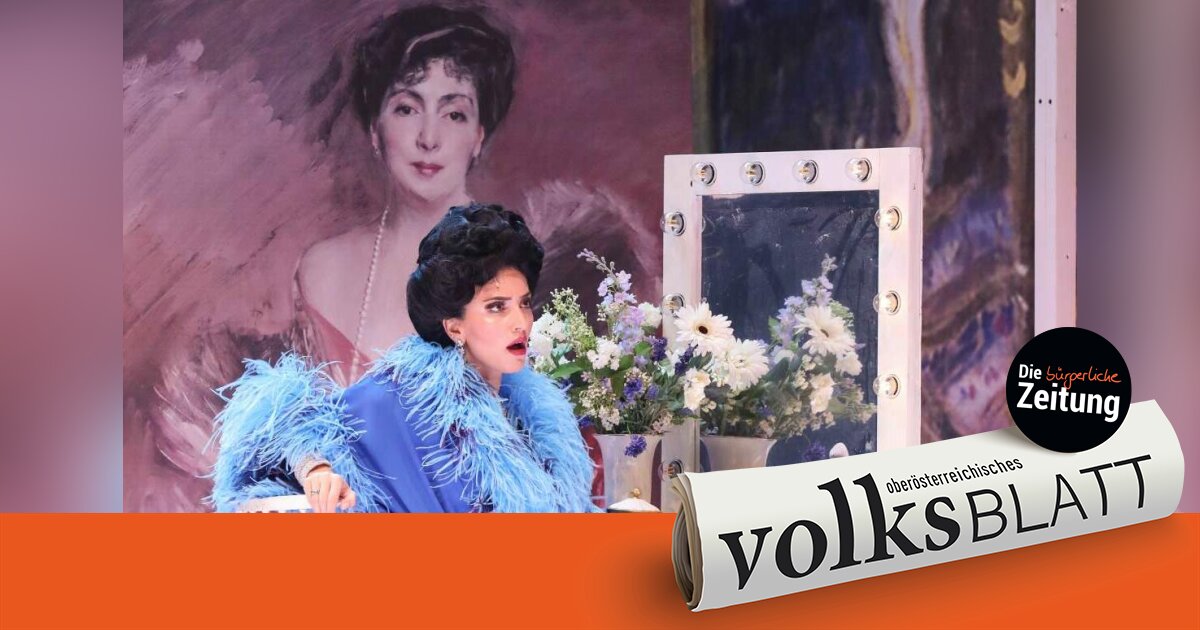 Operetta time resumes on Friday at the Linz Music Theater: Because on that day Franz Lehár’s “The Count of Luxembourg” celebrates its premiere. Director Thomas Enzinger has announced some special features for the Linz version.

In order to overcome a class difference (a typical operetta), singer Angèle Didier has to enter into an arranged marriage limited to three months with the poor René, Count of Luxembourg. The wedding should be closed secretly and incognito – without the couple seeing each other – in a painter’s studio. “Blind love”, trials and tribulations are pre-programmed …

“My approach is not to put operetta in today’s clothes. We will leave it at the turn of the century, ”says Enzinger. It is precisely the high luster that makes this shape so attractive. But he tries to make time conflicts more understandable for today and make operetta more accessible to a smaller audience.

Enzinger relocates part of the play’s plot to the theater wardrobe area. This is driven in his production of Angèle, which he portrays as a strong woman trying to assert herself in a masculine society.

In addition, the director adds two numbers from Lehár’s “Clo-Clo”, so one can talk about a new version. The dance, which is woven into the story and opens up a second level, is also important.

Marc Reibel, who will conduct the Bruckner Orchestra, is looking forward to “melodies of dreams”. Musically, the “Luxembourg Account” is by no means inferior to the “Merry Widow”. Matjaz Stopinsek, who is already known in Linz from Lehár’s “Land of Smiles”, can be seen in the title role. His Angèle will be Ani Yorentz, who will be making her home debut. The role of Prince Basilowitsch with a familiar face is twofold, namely Alfred Rauch and Matthäus Schmidlechner. honey