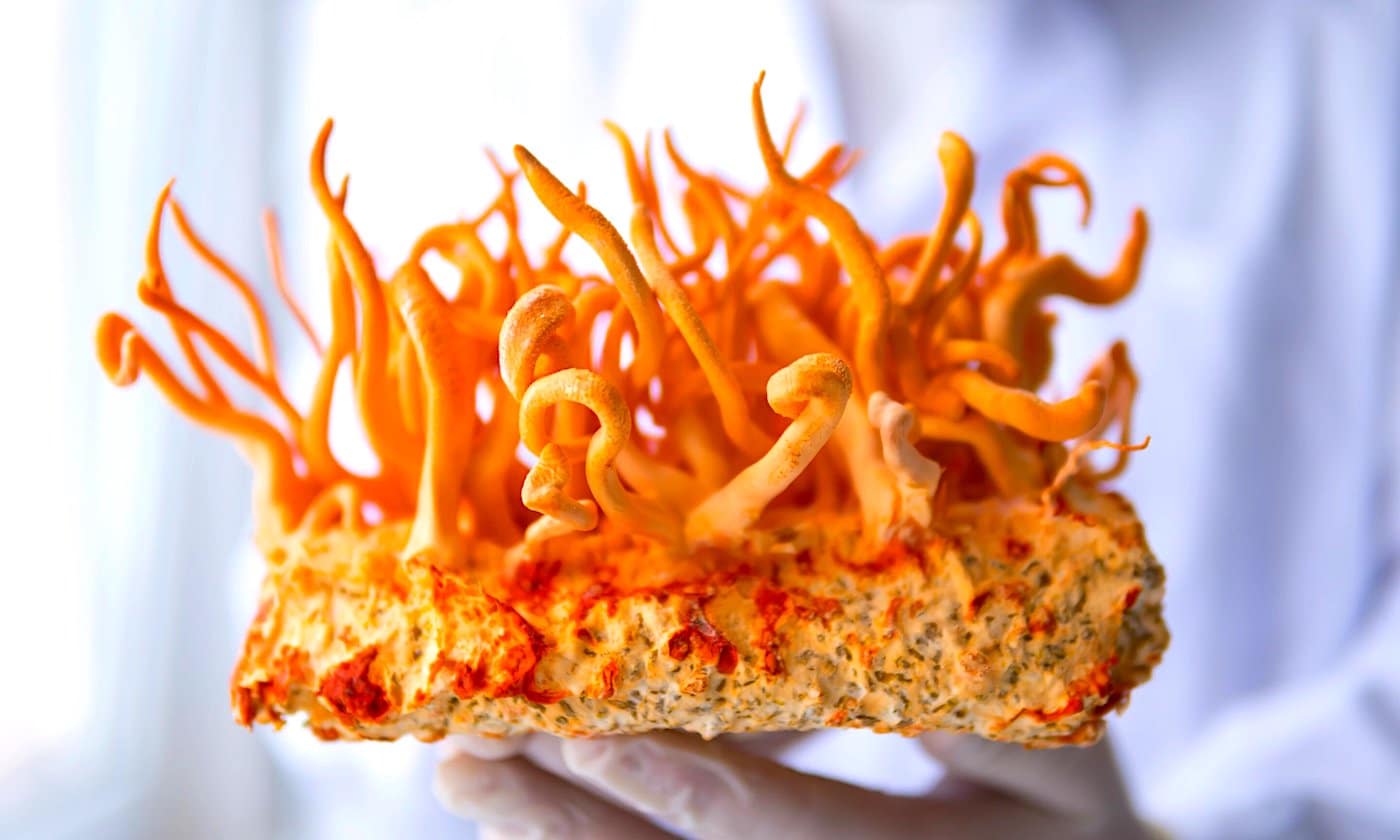 Cordyceps, and more accurately Cordyceps sinensis, is a mushroom found closest to the Himalayas, whose benefits are said to be so numerous that it has been used for centuries in Chinese medicine. A derivative compound, cordycepin, naturally has impressive anti-cancer properties. Recently, researchers wanted to increase this anti-cancer action and managed to increase it by a factor of 40. The chemotherapy treatment thus obtained is already being tested on humans.

By chemically modifying the compound so that it could better infiltrate cancer cells, they were able to increase its anti-cancer efficacy by a factor of 40. They then developed a new chemotherapy drug with healthy based on this drugged compound. Details of the study, conducted by the University of Oxford – in collaboration with the biopharmaceutical company Nucana, were published in the journal Clinical Cancer Research.

Cordycepin is a naturally occurring nucleoside analogue (a building block of nucleic acids, DNA and RNA). It has been used for hundreds of years to treat inflammatory diseases and cancer, but faces many barriers that severely limit its effectiveness when used to attack tumors.

Overcome the natural obstacles of the human body

This loss of effectiveness is mainly due to the fact that when cordicepine enters the bloodstream, it breaks down rapidly with an enzyme called ADA. The remainder must then be transported to the cancer cells via a nucleoside transporter and then converted into an anti-cancer metabolite called 3′-dATP. These are many obstacles to overcoming natural cordicepine, which means that only small amounts can enter the tumor.

Nucana has sought to exploit the anti-cancer potential of cordycepin and better equip it to overcome these major barriers, using what it calls ProTide technology. This technology is specifically designed to address the shortcomings of nucleoside analogues. It works by attaching small chemical groups to the compound, making it more resistant to breakage in the bloodstream and allowing it to enter cancer cells without the help of nucleoside carriers. The result: much higher levels of anti-cancer metabolites are generated and activated inside tumor cells, dramatically increasing therapeutic efficacy.

This enhanced form of cordycepin has been named NUC-7738. Introduced as a new chemotherapy drug, it has been evaluated in studies in vitro, which demonstrated its ability to overcome the resistance mechanisms that inhibit its parent molecule. Tumor samples obtained from ongoing phase I clinical trials were then used to verify its efficacy in humans, these experiments validate previous results.

Overall, the authors conclude that NUC-7738 is up to 40 times more potent than natural cordycepin and has limited toxic side effects. Researchers are now continuing to evaluate its performance in a phase 1 clinical trial in patients with advanced solid tumors, and plan to follow it up to phase 2 trials to further assess its clinical potential.