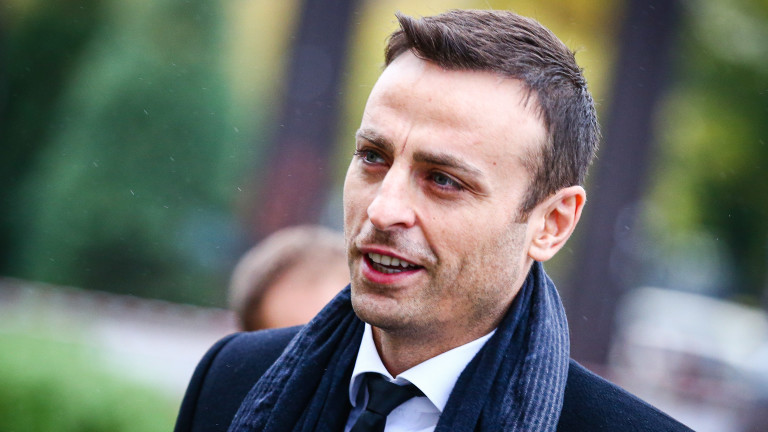 BFU presidential candidate Dimitar Berbatov came out with a post-Congress position. The former striker asked 7 questions to the Bulgarian Football Union and asked Ventzi Stefanov and Yordan Lechkov to specify the allegations of bribery.

“The current leadership of the Bulgarian Football Union has answers to all football clubs and the football community.

Here are the essential questions to answer:

1. What funds were used to fund the banquets for the clubs for which Mihailov presented his position before the congress?

3. To which clubs and what equipment was Mihailov presented to them immediately before the congress? At what prices and from whom was it purchased? Wasn’t it right, if the clubs are backed by equipment, to support all the clubs?

4. Why did the BFU leadership not allow a large number of delegates from specific clubs to take part in the congress? What legal arguments did you use to do this? Is there anyone? What is the basis of this decision which deprives these clubs of the right to participate in congress and the right to vote?

5. Why has the congressional speaker fought fiercely to prevent a change in the voting procedure and the inclusion of counting observers, representing each presidential candidate, for the vote in -sala? What to say the result of this, in the end, the vote admitted to Mihailov and the company – a large majority “For” to have observers of the count of votes and only a few delegates “Against” and “Abstained” ?

6. Why again the Statute of the Bulgarian Football Union and the law have been violated and the leak between Mihailov and Berbatov has not been allowed, as the Statute of the Bulgarian Football Union is extremely clear and defined with regard to the delegates present in the hall and whose number is the basis of the calculation what is 50% + vote 1 and not the number of delegates who voted?

7. Why has the congressional secretariat not been ready with the minutes for almost a week now and all the documents from the Congress have not been submitted to the Registry Agency? What is the time spent by Congress for documents from Congress?

Instead of giving clear answers to these questions, Mihailov’s relatives go around the studios and with cheap lies try to divert the attention of the football community from the essentials.

When we had data on pressure on clubs, we announced specific names of clubs and heads of area councils. We approached the prosecutor’s office about this – not with an empty discussion, but with specific events, names and facts.

We have provided specific information coming from the meetings of the Executive Committee and should be included in the minutes of those meetings. We showed documents drawn up or signed by the Bulgarian Football Union.

We call on the Lechkov and Stefanov stories to immediately announce specific names of people who are affected by their clues, as well as the names of specific witnesses and specific facts, and not to stop before announcing the specifics. And let them explain why, if they saw something wrong at the National Palace of Culture on October 12, 2021, they did not ask the police to intervene. At that time, there were thousands of police around the National Palace of Culture to protect Mihailov and those close to him from the love of the people.

We also call on the National Palace of Culture and the hotels where the congress delegates were accommodated – “Hilton”, “Marinela”, “Balkan”, “Central”, to keep the recordings from the security cameras for the dates of October 11 and 12, 2021., so that if necessary it appears whether people from the team of Dimitar Berbatov were in the hotels of the delegates before the congress.

One thing is clear – the process of removing this leadership of the Bulgarian Football Union cannot be completed if it has not started. This process began with a strong cap in front of the leadership, which has so far fought in the chest with the congresses, winning 85-90 percent of the delegates ’votes. They are now holding one vote so they can cheat with their members.