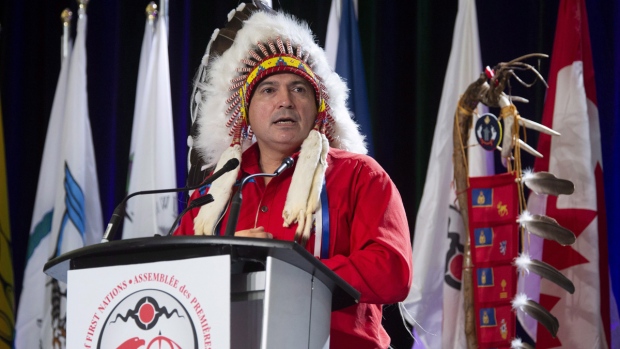 Bellegarde says that the voters of the First Nations were responsible for lodging & # 39; 22 eagerness in the federal election of 2015 candidates in the following election year better attended to the needs and demands of First Nations.

Bellegarde was speaking in the Assembly & # 39; Special Assembly of First Nations in & # 39; Ottawa today.

He talked about putting the document & # 39; organization "Closing the Gap" in front of each party during the last federal election. He explained priorities on everything from the environment to Indigenous languages ​​and said he sent the message that they had better be part of the platform & # 39; part if they wanted power.

Bellegarde says he wants to see a few key pieces & # 39; enacted legislation before the House rises in & # 39; in June, including the Act on Indigenous Languages ​​long overdue, announced the child welfare law and draft private member & # 39; NDP MP Romeo Saganash, seeking to ensure the laws & # 39; Canada agrees with the United Nations declaration on the rights of Indigenous Peoples.

He also spoke about climate change and called on the chiefs and delegates to support a carbon tax as one way to stop.