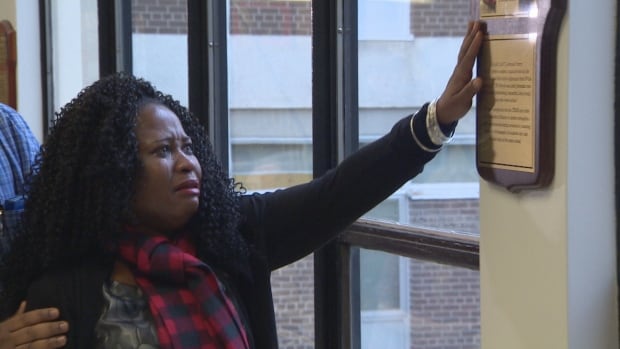 The school & # 39; Toronto unveiled a plaque and pointed again its gymnasium in honor of & # 39; former student who drowned during field trip to Algonquin Park.

Jeremiah Perry, 15, died during a trip cane per week for provincial park in & # 39; July 2017. The trip was organized by C.W. Jefferys COLLEGIATE Institute.

On Friday, students, family members & # 39; Perry and dignitaries of the Board & # 39; the District School & # 39; Toronto gathered to remember adolescents.

"It is a painful day for me," his mother, Melissa Perry, said through tears.

"I miss my son heart and he always, always always be in my heart."

She revealed how the new plaque and sign on the door of the gym, both times after breaking tears after. 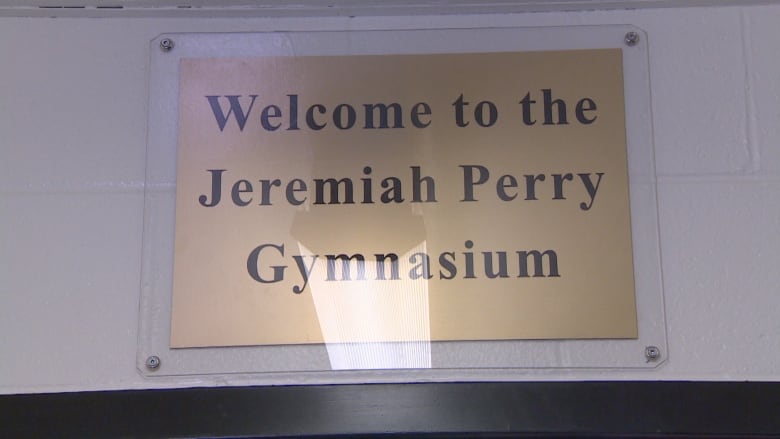 The friend & # 39; adolescents, Boran Balci, said he was "so nice" of & # 39; the school to respond to Perry. Balci was on the trip and canoe in the lake with his friend when he went under water.

"I felt his hands under me," he said. "I had a life jacket, but could not do anything."

He did not continue talking about the moment Jeremiah went missing. But he wanted people to know his friend "was a good kid."

"I want people to remember that he always makes people happy".

Teen did not pass a swim test 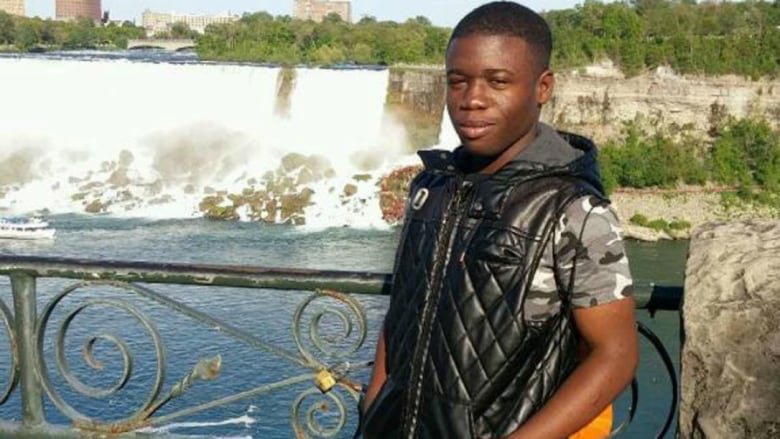 Jeremiah Perry fails a test & # 39; swimming before going on a journey & # 39; school. The TDSB has since updated protocols & # 39; his safety. (Submitted by Perry family)

Perry was swimming in Big Trout Lake & # 39; July 5 when he went under the water and disappeared. The police later recovered his body after large-scale search of the area.

Later it was revealed by the TDSB to Perry failed test & # 39; gone swimming before the trip.

The board said that 15 of the 32 children on the trip fell from their swimming tests.

The death & # 39; Perry led the TDSB to introduce new rules for travel on the ground, including mandatory mandatory second test on the travel site. The results of & # 39; those tests & # 39; swim than most people will appear to verify the results.