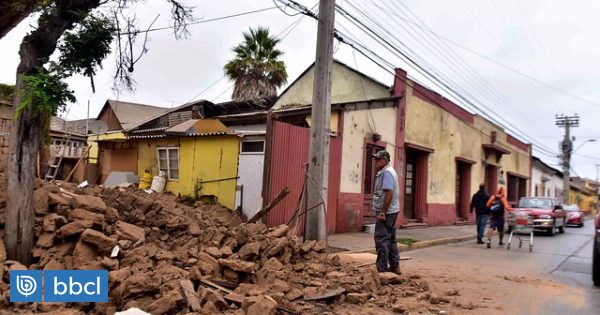 The municipalities of La Serena and Coquimbo, through the Operating Committees of their respective Emergency (COE), t Report & # 39; damage to houses and people affected after the earthquake & # 39; 6.7 this Saturday.

According to La Serena COE, the damage report by sector is configured as follows: t

The report adds that people who have damage to their homes shall approach Department of Municipal Works, the Municipal Housing Office, Secplan, or municipal delegation counterpart sector, which should be evaluated and incorporated into the cadastre carried out by the municipality.

According to the report of the Committee on the Operation of Emergency (COE) of Coquimbo, there 9716 people affected and there are still 35 thousand to visit.

The damage of the housing report is as follows:

It was also reported that a group & # 39; children from Osorno, who were in the area at the tour championship, Overnight at the Francisco Sánchez Rumoroso state.