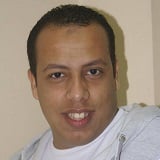 Galatasaray player Mustafa Muhammed opened the scoring for his team against Konyaspor, during the current match between them in the Turkish League.

It will take place at the Turk Telekom Arena (Galatasaray fortress) as part of the ninth round of the Turkish League Championship.

Mostafa Mohamed scored the first goal for his team in the fourth minute of the match.

Galatasaray, a professional among his Egyptian internationals, Mustafa Mohamed, enters today’s match, occupying ninth place in the league standings, with 14 points, while Konyaspor, which includes the international Egyptian Ahmed Hassan “Koka”, is in seventh place with 14 points.