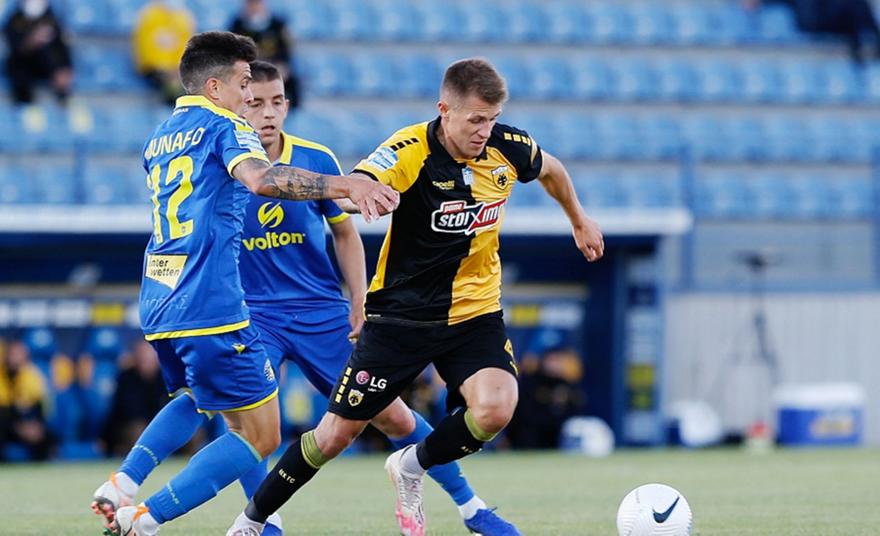 His match was indifferent but only in terms of points Stilla with AEK for The 9th playoff game. Both teams stayed in it 1-1 with the story of the match being written within seven minutes of their amazing goals Ansarifard at 56 ‘and Τσιρα in 63 ‘.

Many opportunities on both sides, with the Arkades remaining without a win in the playoffs and the “Union” losing the opportunity to overtake Aris (who hosts on Sunday) to move up to third place.

In the mind of the coach

Milan Rastavac had chosen a strategic 4-2-3-1 formation. Tsiftis was in the end, with Kotsiras, Castanio, Suarez and Alvarez in defense, a duo in their assets Munafos and Belok and with Tilikas, Gomes and Sito behind the classic for Barrales.

On the other hand, Manolo Jimenez chose Athanasiadis at the end, a trio in defense with Bakakis funding Svarna and Nedeltsiarou, Mitai and Vasilantonopoulos were in the back-half role, with Simanski and Sakhov on the the assets and Albanians to support Ansarifard.

Relieved of stress, both teams played fairly openly from the start. Both goalkeepers were the protagonists in the beginning, with Athanasiadis repelling Gomes’ foul and Tsiftis defeating Tankovic in four against four. The “Union” was more lively for most of the first half, with the Swede wasting another chance to shoot just wide in 35 ‘. Arkades maintained their best phases for the section final, with Alvarez and Munafo threatening from a distance and Bakakis saving the place of Barales who was ready for 1-0.

Asteras returned more aggressively from the locker room, touching the target in the 50th minute, with Athanasiadis stopping Sito’s head in the second post. AEK found the goal they were looking for in the first 45 minutes in 56 ‘, when from a good cooperation between Tankovic and Albani the ball reached Ansarifard who opened the scoring with a straight shot.

The hosts responded immediately in the 63rd minute Τσιρας from a deep ball of Munafos and while everyone was waiting for a turn, with a great place from a side position, he brought the draw.

The many changes They influenced the pace of the match from both sides, with the coaches choosing to refresh their “popped” players, but also to give opportunities to new children like Kanellopoulos and Tzimas for the hosts and Sardelis and Kosidis for the guests. Asteras came closer to victory, when in the 84 ‘o Btieti with his head sent the ball to the right.

MVP: IL Giannis Kotsiras wins the title both because of his overall presence, and for the amazing goal he scored by putting Athanasiadis from a very sideways position for his first goal of the year.

The fatal: IL Heronimo Barrales and Muammer Tankovic share the … title, as they lost by two great opportunities.

The bell: IL Evangelou managed the match without any problems. He did not have a very difficult phase and issued the first cards in the game in the 81st minute to Galanopoulos and Vasilantonopoulos to protest.

Follow bwinSPORT FM 94.6 on Google News to be the first to hear the latest news from Greece and the world.