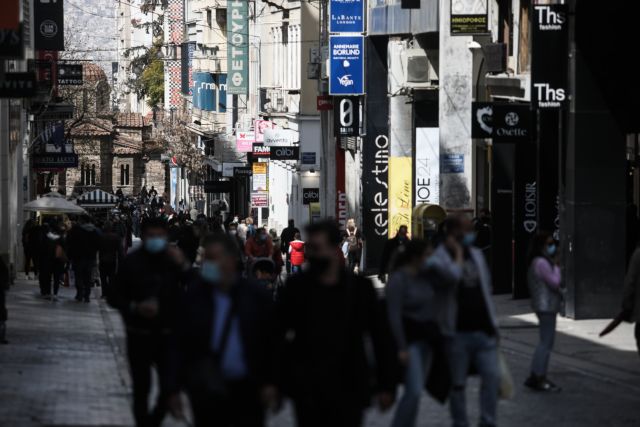 It was and remains the desire and hope of all Greeks to celebrate this Easter differently from last year: not at home, that is, with skewers on balconies and terraces. , but with family and friends in the countryside, in villages and on the islands.

However, difficult epidemiological data – with the number of intruders remaining alarmingly high – and, worse, the congestion images observed on Saturday, are likely to dispel any prospect of a better Easter than 2020.

“See what you upload! The Internet is not a playground”

Because the government – which announces a lot on self-tests – may still be open to allowing travel during the Easter period, but for now, scientists are pretty cautious and light-hearted in their statements on the issue.

In addition, experts had warned that this weekend will be crucial and decisive for what kind of Easter awaits us.

The president of the Panhellenic Medical Association, Athanasios Exadaktylos, for example, while speaking to MEGA, had stressed how critical it is today (Saturday) and warned that under no circumstances should trade streets be “flooded. “., Due to the recent opening of retail.

“During the first five days, we saw nothing to worry about,” Mr Exadaktylos said, stressing that “the critical day is Saturday.”

In fact, he expressed the expectation of scientists, that the appointment and the restriction of the three hours for shopping, will work, “so that there is a distribution of people in time, so that we do not have images of world floods “.

The pictures, however, from the center of Athens, but also from the coast of Thessaloniki, unfortunately, rejected him “solemnly”.

Specifically, in Ermou Street, the most commercial street in the capital, images of large crowds were observed on Saturday – first for months with shops open – as citizens, taking advantage of the good weather and t rising temperatures, took the opportunity to buy. or take a walk in the center, reminiscent of pre-pandemic times.

The same thing happened in the early afternoon on the coastal road in Thessaloniki. 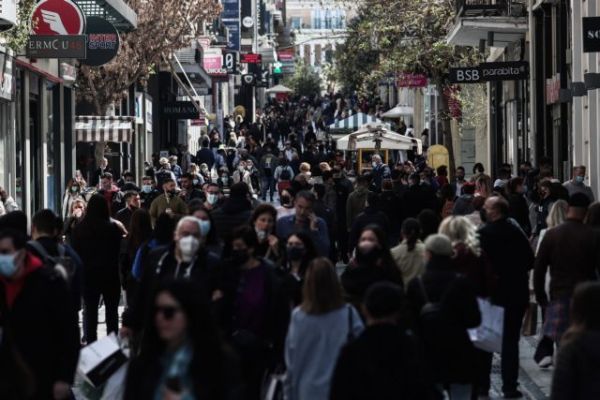 Understand as much as possible the fatigue of people from the constant blockade and restrictive measures, but also from the shops closed for months, how logical it is to no longer – now – home “with this beautiful weather spring, the greater the greater responsibility to be expected, in order to avoid overcrowding.

No one says not to go for a walk, to take a walk, but there is no need, for example, with the opening of the shops, to hurry together “lefousi”! When we all know that protection measures should be continued for a long time, even when most of us are vaccinated. 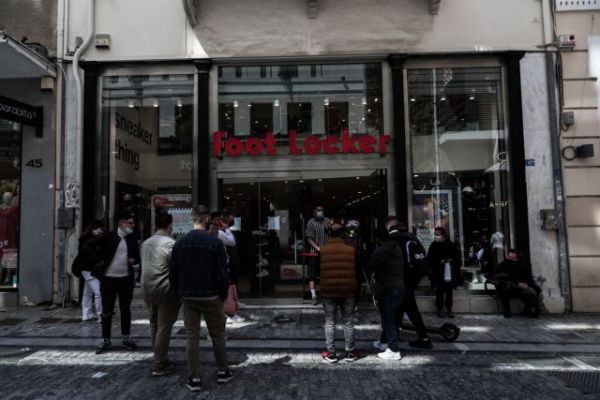 In Ermou, however, on Saturday, the only protection measure left was the mask, as keeping the distance gone … walking, due to overcrowding.

At the same time, epidemiological data in the country continue to be particularly worrying, with scientists concerned about the increase in the epidemiological curve, in order to see peak signs that would allow a relative reduction of restrictive measures in the light of the Tell me.

However, the country – as some experts claim – is in the worst phase since the onset of the pandemic, which is reflected in the number of cases and especially in the number of hospital admissions, but also intubated, as well as in the suffocating pressure on hospitals, any decision for a better Easter than last year is overturned.

In any case, it all depends on the epidemiological data for the next two weeks. However, it would be good for all of us to keep in mind that the crowded images of Hermes can cost us – not only how we celebrate Easter, of course, but also epidemiologically, in our health.

It is also worth noting that there are many who expect the culmination of the third wave exactly on Holy Week, with intubation and new cases varying to very high levels, which can “tie hands” the government and experts in any decision. relaxation.

The forecast for the development of the pandemic in the coming days is also worrying for the professor, Sotiris Tsiodras, who estimates that intubated patients during the Easter period are expected to reach 1,000.

“It is a pandemic that has appealed to everyone and especially to the world, which is now finding it difficult to implement measures,” the professor acknowledged, stressing that “only short-term estimates for the pandemic can be made.” , since its performance depends on many different factors, but “also on our behavior”, as he stressed.

At Easter, in the right scenario, we will have 2,000 cases of coronavirus a day, estimated in turn the professor of Genetics at the University of Geneva, Manolis Dermitzakis.

As he explained, the transmission of the virus does not slow down so quickly and, therefore, in three weeks “one does not expect miracles to happen”, he noted characteristically.

Regarding Easter in the village, the professor told SKAI he can’t say he was completely safe, “but I can’t tell you it won’t work.”

However, he made it clear that we could have a better Easter than last year, “without being what we did in 2019, with recommendations for the size of citizens’ meetings, but also tests”.

According to him, the priority is for people to leave their homes, with the opening of closed beaches, while the operation of the restaurant helps.

Deterioration of pressure on the NSS during Holy Week

Demosthenes Sarigiannis, a professor of Environmental Engineering at Aristotle University in Thessaloniki, expects a slight deterioration in epidemiological data in Attica next week, predicting that pressure on the health system will continue and reach its peak on Holy Week, and it is estimated that on April 28 they will have about 900 ICU intubated.

There is, however, the opposite view, with Stanford professor Giannis Ioannidis arguing that confinement at home is not a solution.

Mr Ioannidis, who was in favor of lifting travel bans, explained that he had spoken to MEGA whose aim was to reduce asynchrony. But, “when we limit the space and time one can move,” as he said, “we will have the same mobility, in more limited time”.

He added that “we want the population to be as thin as possible, but we don’t want it to remain closed, to avoid walking around Easter and being limited”, as this would be a “bad strategy”, as he estimated. .

What does Elbow Mean? – The words that the coronavirus has brought into our lives

into Google News and be the first to know all the news
See all the latest News from Greece and the World, from