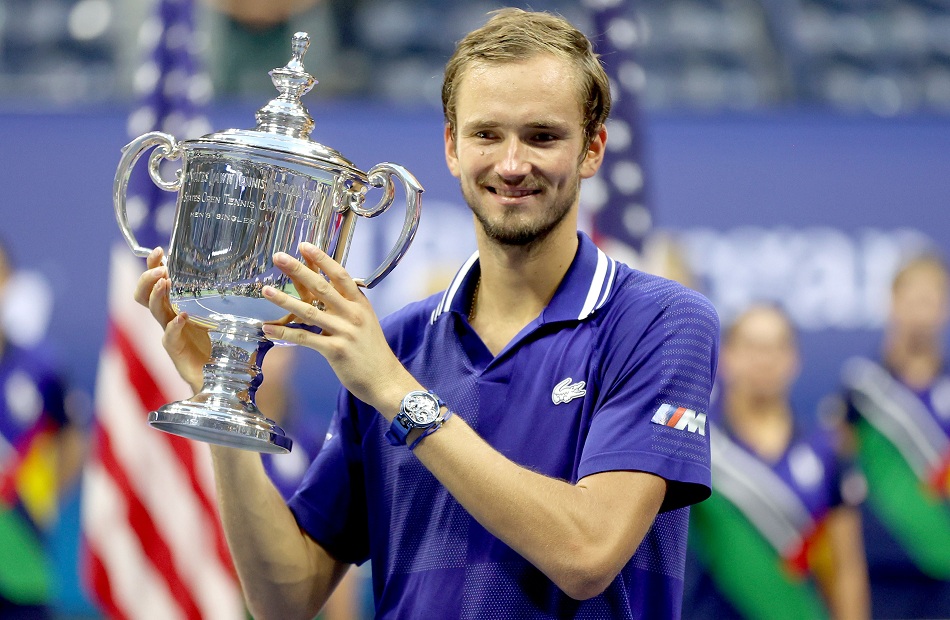 Talented but nervous, Russian tennis player Daniil Medvedev struggled for a long time to suppress his anger. After the disappointment of 2019, he controlled his nerves and left room for a good performance that gave him his first major title at the US Open, “Flashing Meadows” at the expense of the number one in the world. Novak Djokovic.

The Russian had to be believed when he confirmed that he had learned from the various lessons of the past, especially the Australian Open final last February when Djokovic had a picnic in front of him, and that his accumulated experience will make him a better player.

Two weeks in New York highlighted Russia’s position in the world, and the conclusion was drawn from his explicit victory over the Serb 6-4, 6-4, 6-4, and prevented him from winning the Grand Slam in a year. and chooses the number of her titles to stay equal with Roger Federer and Spaniard Rafael Nadal (20).

The 25-year-old was not emotionally affected, even when New York fans cheered on Djokovic in the third set.

“It was tough,” the Moscow native said. “I realized the only thing I could do was focus. I don’t know what would have happened if I had scored 5-5. I would have been mad.”

Coincidentally, Daniel found the racket in his hand at the age of nine. On his way to the swimming class, his mother Olga saw an advertisement for tennis lessons, and his father, Sergey, a computer engineer, saw it as a good opportunity to record it.

He did not know that the budget for the purchase of the speculators would be so expensive. When his son loses his temper, the bill goes up!

In an interview with the French newspaper L’Equipe in 2019, he admitted, “I was crazy. You can’t imagine how I was before the age of nineteen … I don’t know where it comes from, and from the age of ten I started I do weird things on the pitch. “

He continued, “I was crying, crushing the rackets … everything you can imagine. I didn’t like the way I behaved. From the age of fourteen, I lost a lot of games to this behavior. After each loss I regretted long time. “

After studying physics, mathematics and then business, he decided to dedicate himself to tennis. A fan of the video game “FIFA”, from which he quoted his celebration of a free fall after his victory, he went with his family to Antibes, France, in 2014.

At the age of eighteen, he joined the Elite Tennis Center in Cannes, where he met his current coach, Gilles Cervara.

Medvedev was in the dark in 2017 when he competed at Wimbledon and stole the show. After losing in the second round to Belgian Robin Bemelmans, he threw coins under the referee’s chair, hinting at his corruption.

Years later, he was convinced that this method didn’t work and didn’t help him much. Ahead of the 2019 U.S. Championship, he revealed psychological counseling to help suppress his anger, “It works often. But that doesn’t mean, that in a particular match, I can lose my temper.”

This is what happened at Flushing Meadows, he qualified in front of Spaniard Feliciano Lopes for the boos of the fans, took his towel from the hand of the ball catcher, threw his racket on the chair and raised his finger tan the front half camera. Then he said, “Thank you, the more you dance, the more energy I have.”

He recounts how he transformed from a “naughty boy” to a yellow ball star, “I was stupid. I’m working to become a better person on the field.” The whistle did not stop at that time except in the final, where he lost a giant match against Rafael Nadal of Spain.

Within two years, he gradually transformed from a fire mass to a freezer, armed with 13 titles and rehearsals for major events. “This year, I had no problems, and that’s good,” he said before the final semi-final.