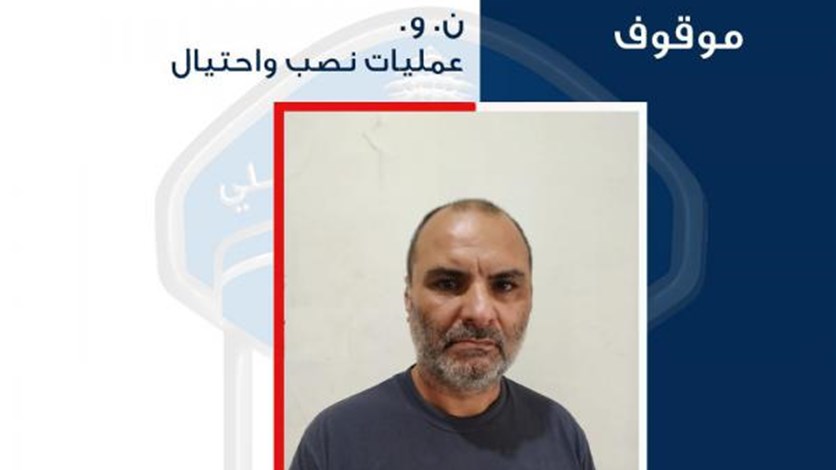 The Directorate General of Internal Security Forces circulated a photo of the detainee: UN (born 1974, Lebanese).

The detainee claimed to have carried out various fraudulent and fraudulent operations in the governorates of Beirut and Mount Lebanon, using fictitious names and becoming a military person, according to the statement issued.

The Directorate-General has asked those who have been victims of their actions to contact the Judicial Detachment Beiteddine in the Judicial Police Division at one of the numbers 25-300216 and 25-300187, in preparation for the taking of measures. required.