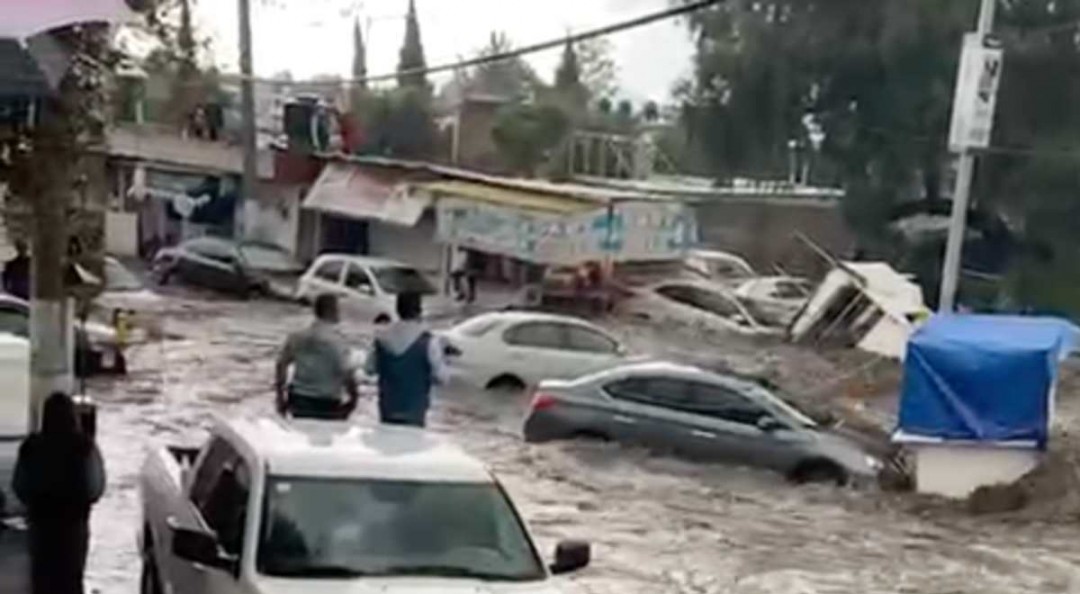 The heavy rains that are recorded tonight in the municipality of Ecatepec, in the State of Mexico, have already caused several floods, so the population is encouraged not to leave their homes.

According to reports, heavy rains caused flooding in the streets and streets of San Cristóbal Centro, Tulpetlac, and San Pedro Xalostoc where water has already washed away vehicles and entered homes.

You may be interested in: They fight due to an accident on the road and thus run over two men in Tepepan

Avenues such as the Center and Vía Morelos have become large ‘rivers’ that have even been carried by fences in neighborhoods such as Bordos in Ecatepec.

Rain persists tonight in the municipality.

Through social networks, users shared a series of videos where the magnitude of the flood is appreciated.

Take your precautions! This is what the center of San Cristóbal looks like, #Ecatepec fi #Edomex, after heavy rain this Monday afternoon. https://t.co/m0JlJMmlm1 pic.twitter.com/egJ5Y4YjzN

On avenue Insurgentes at the height of the neighborhood of La Mora, in #Ecatepec de Morelos also has heavy flooding after heavy rains. https://t.co/m0JlJMmlm1 pic.twitter.com/hFsISCk0gb

They report floods and floods in Via Morelos, a municipality of #Ecatepec fi #Edomex. https://t.co/3ybnRXyIz1 pic.twitter.com/sucj25uwnx

In other pictures, it was appreciated how the vehicles are dragged on the roads due to the strong currents of water that were formed by the floods.

You may be interested in: Detainees with 5,000 apocryphal plaques in Talalpan are linked to the trial

#VIDEO | Monday’s rain caused severe flooding inside #Ecatepec, where the current dragged cars in the vicinity of Tierra Blanca.

Find accurate information about Mexico City in the Community.

Are you going to do a procedure? Check out the costs and requirements here.