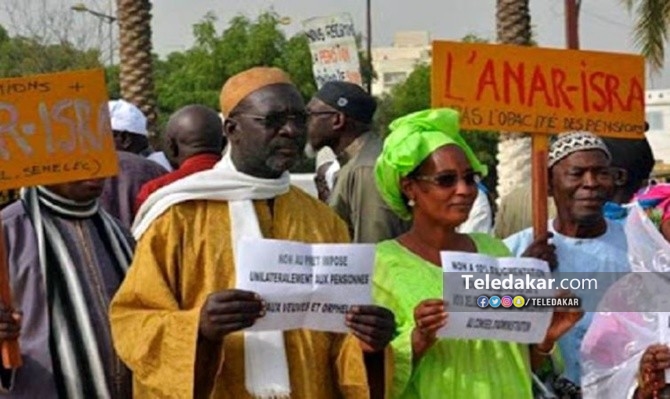 On the road this Saturday, 9 October, between the Place de la Nation (ex-Obélisque) and the Rts roundabout, Senegalese retirees denounced the nebulous management of the institution of Senegalese retirement provision (IPRES), among other diseases.

“We have been mistreated by the leaders of IPRES, who are mainly Mamadou Racine SY, who is the PCA, and those responsible in the Directorate. What we want is very simple, first of all, the reform of the IPRES texts dating back to 1958, in the time of General de Gaulle.“Camp the president and their spokesperson for the day. Dembélé Diop continues: “then, it is the care of retirees, we cannot treat ourselves“.

“When we arrived at the hospital, we were told that IPRES had their money. While releasing four billion a year just for drugs.“Therefore the request on the third point which is the financial audit:”we need to know how IPRES works“, Diop continues, in this case.

Finally, it raises the problem of “kidnapping”. In his argument, on this point, the retiree updated the financial scandal in ticket management between April 2018 and January 2019. As a reminder, in this case, it all started with an internal audit after the invoices of certain ticket providers subsidized up to 75% by IPRES, for staff catering, and reaching astronomical amounts with an unfavorable difference of CFA F 207 million, representing the ticket stock not distributed to agents.