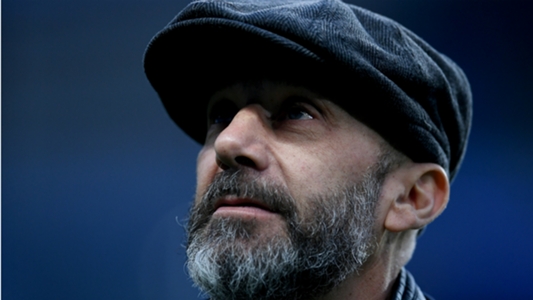 The former Blues and Juventus star told Has Struggle With The Illness of HIS, and he says the in-the process of Recovering

Former Chelsea manager Gianluca Vialli Has Revealed That Has he overcome a battle With Cancer.

The 54-year-old the revered still as a Blues legend, Having Played for-the club Between 1996 and 1999 – winning-the FA Cup, the-League Cup, the-UEFA Cup And The UEFA Cup Winners' Cup – and ALSO managed at Stamford Bridge between1998 and 2000, again lifting-the FA Cup, and The two European trophies.

Villa won over 50 caps for Italy out of football boot Has Been Since 2002, whens he left Watford With a managerial role.

The former star Juventus Has subsequently worked as a pundit, and Was employed by-the BBC During-the 2014 World Cup in Brazil, and Has now Revealed That, During HIS time out of the-limelight, he Has struggled With, and beaten, Cancer.

Speaking to Corriere della Sera, he typically understated whens Was Revealing HIS Illness.

"I would have gladly DONE without it. But it wasnt POSSIBLE, "he said." And then I have considered it That Simply a phase of my life thought to Be With courage and lived From Which To Learn something to. I knew Was it hard and hard to have to tell others, to my family.

"You Would Never Wanna Hurt-the people Who love you: my parents, my sister and brothers, my wife Cathryn, Our little girls Olivia and Sofia. And it Takes you as a SENSE of Shame, as ow What happened to you Was Your fault.

"I walked around With a sweater Under my shirt, because-the others did not notice Anything, To Be Still-the Vialli They knew."

Vialli says he now in the process of returning to the-the-Was he in shape before HIS diagnosis, though he the wary of a recurrence.

"It's Been a year and I'm back to very Having a Good Physical Condition," he Added.

"But I still have no Certainty of how-the-match Will end. I hope my story can SERVE Inspire people to at-the crucial intersection of life.

"And I hope That a book to keep the mine are on the nightstand, to read one or two stories before Falling asleep or in-the-morning as soon as you wake up."