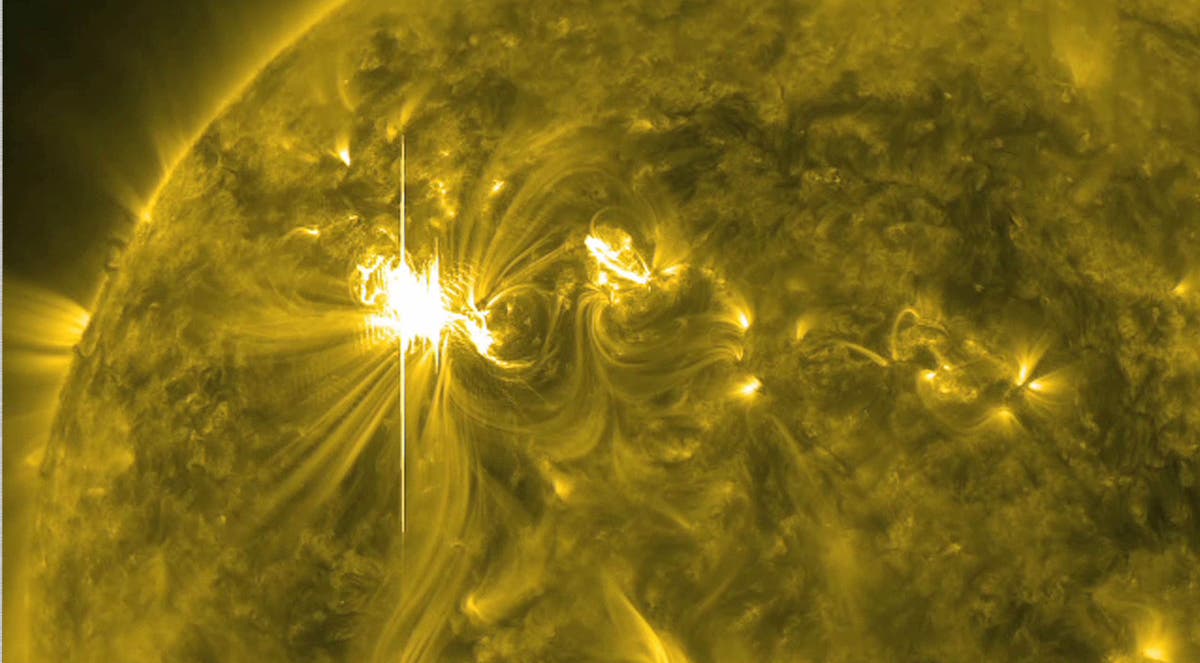 The outflow of coronal mass originates from the Sun, which is caused by a huge burst of electricity-conducting plasma.

A warning published by the U.S. National Oceanic and Atmospheric Administration (NOAA) informed us that we should expect “weak power grid variations” and “orientation irregularities” of the satellite that could increase crawling on craft in low orbit of the Earth.

The agency classifies the storm as G2, which means it is moderately severe. It is expected to arrive around noon and run until 12 October.

“Aurora is possible through [the] 11 in most of Scotland, although the numbers of clouds are rising, which means sightings are unlikely, ”the Met Office said, as reported by Sky.

“There is a small chance that the aurora will reach the north of England and Northern Ireland tonight, but the clouds will split and so sightings are more likely in Northern Ireland.”

While this storm will be relatively weak, the planet is not ready for the height of a more severe storm.

On May 15, 1921, multiple fires broke out in the electrical and telegraph control rooms in various parts of the world, including the United States and the United Kingdom, due to the power of the New York Railroad Storm.

Such storms occur once every 100 years, and could plunge the world into an “internet apocalypse,” one study claimed.

“Coronal Mass Ejection (CME) involves the emission of electrically charged material and an accompanying magnetic field into space. When it hits the ground, it interacts with the earth’s magnetic field and produces Induced Geomagnetic Currents (GIC) on the crust, ”said Dr. Sangeetha Abdu Jyothi, from the University of California, Irvine and VMware Research.

“In today’s long-distance Internet cables, fiber optics are immune to GIC. But these cables also have electrically operated repeaters at intervals of ~ 100 km which are prone to damage. “