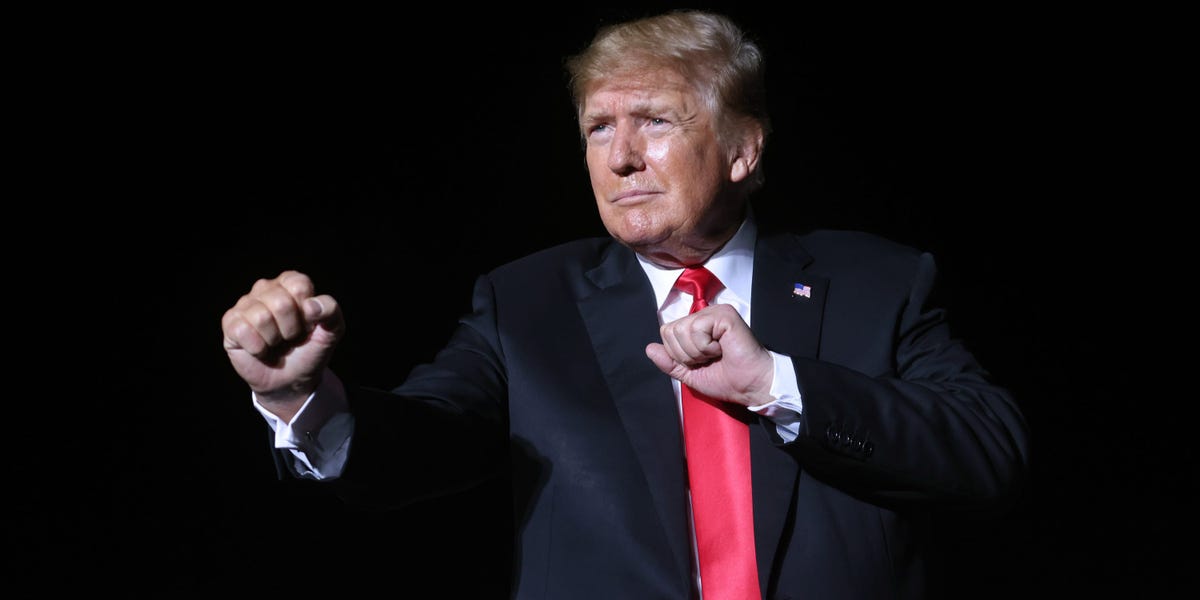 Former President Donald Trump visited Iowa on Saturday for a country-style rally at the Iowa State Fairgrounds in the capital Des Moines.

Speaking to an audience of thousands, the former president has perhaps given his clearest signal so far that he intends to lead in 2024.

Although he has not yet officially announced his candidacy, Trump has raised the potential political slogan of a future campaign.

He said the new slogan is different from his 2020 slogan, “Keep America Great,” because “America isn’t great now.”

While Trump has strongly alluded to presidential leadership in 2024, he has yet to formally declare his candidacy.

C-SPAN has reacted to covering the Iowa rally as a “2024 campaign” despite the former president not announcing his run, Newsweek reported.

IATSE Chief Matt Loeb Tells Members Deal Or Strike They Are “Not Weeks” Away; Talks To Continue Saturday – Deadline